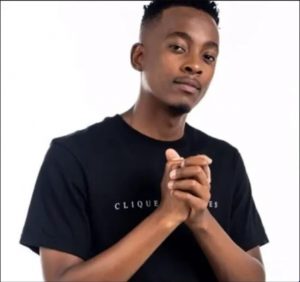 Mas Musiq And Aymos Drop Some Bars on An Amapiano Song, Phesheya

Recently, South African debut house singer, Mas Musiq has been quite relevant in the music industry as he has a new piano song Phesheya with his friend Aymos From His Shonamalanga EP.

In one of our new updates, we have a song in which Mas Musiq featured on and it goes by the title Zaga Zaga, and yet it seems we are not done with the artiste.

Mas Musiq is a South African an amapiano artiste, though of a fact, the artiste is an upcoming, but his impressive works do say a lot of good about him.

The young artiste has never let his fans starve of new music as e has been dropping wonderful house tracks since his outbreak.

On the new song, he featured his friend and music partner who also is an upcoming, and guess what? Their joint works are always admired.

Just as in the case of Zaga Zaga, the duo have also shown some proficiency in this new track ans it has been trending right from it’s release.

Aymos is a young South African house artiste, who will refer to as house artiste rather than hiphop artiste or another genre.

Aymos was born and brought up in South Africa, and like most others, he began his music career at quite a young age.

He as of now, does not have many singles to his name, but rather serves well as a featured artiste on handful of amapiano tracks.

The duo teamed up on the song, Phesheya which was copped off Mas musiq’s Extended play called Shonamalanga.

Shonamalanga Ep was dropped by the duo some months back, April 2020 to be specific, and the project houses just six songs.

The songs featured a good number of artistes, including some of the best South African amapiano producers, Kabza De Small and Dj Maphorisa.

Check below to stream the new song or stream and download on iTunes.