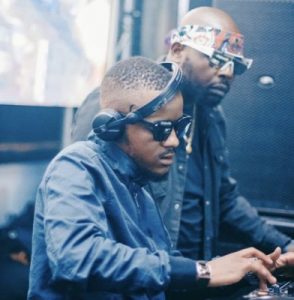 korobela is a South African house song  which was dropped some times this year by some of the best hands in South African music industry.

The house song began to trend after it made it to one of the amapiano albums which Kabza and Maphorisa dropped sometime last 2019.

The amapiano track was dropped the studio album, The Return Of The Scorpion Kingsand it featured Kamazu and Njelic.

As stated earlier, The Return Of The Scorpion Kings is an amapiano album from Dj Maphorisa and Kabza De Small, and the project was dropped towards the end of last year.

On the studio album, there are some wonderful and nice amapiano songs which are trending till date, a few of them include; Lorch, Gibela, Korobela and so on.

In the same manner, the amapiano kings called in help from other talented artistes, and some of the artistes present in the Extended Play project include; Mas Musiq, Busiswa, Mlindo De Vocalist, Samthing Soweto, Njelic and so on.

After the project drop, fans tended to show extra lover for some tracks on the EP, and among the tracks we have Korobela.

The trending amapiano song features some other nice artistes like Kamazu and Njelic, and it was dropped some time before the actual release of The Return of The Scorpion Kings project.

The track lasts for about 6 minutes plus and we have the piano tune for you.

DJ Maphorisa and Kabza De Small really did a great work on the single, and it is currently available on the Youtube channel of the duo.

Stay with us on Hiphopafrika as we are committed to sharing top and exclusives updates to you our fans.