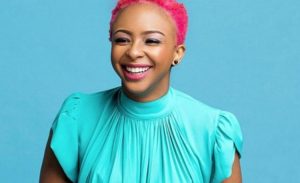 Boity Says She Is Excited Because She Featured On Billboard Magazine

Let us talk about another South African female singer, Boity. She recently updated her account and tell her fans how happy she was as she features on Billboard Magazine.

Before we talk more about the female emcee, let us tell you a bit about the wonder woman.

Boitumelo Thulo was born on April 28, 1990, and she has been popularly called Boity.

The female figure is a South African television personality and she also is a renowned businesswoman, actress, model and also a good rapper.

The pretty South African artiste has been caught up in some trending news, and to her advantage, most of the news are to her favour.

We stated before that the female emcee has been caught up in trending news, and we ain’t wrong about that as she is currently on another news.

She recently updated that she is glad as regards to her feature on an international publication on the popular Billboard magazine.

On her Instagram she wrote and we quote; “I’m so proud of this young, black woman! This journey has surpassed some of my craziest dreams. I had no idea just how many pockets of surprises God and my ancestors had in store for me. Big and small. I am constantly blown away. I mean, a whole Billboard magazine feature. Me?! claps once*”.

Some days back she also showed excitement as she featured on the same company’s news website.

For more celebrity news and trending gossips, please check back on us @ Hiphopafrika. Also share your thoughts via the comment section.