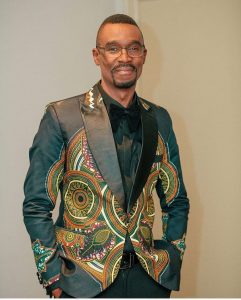 On this page, we are going to take a look at Bob Mabena and his life while he was alive, sick, biography, net worth, age, son & daughter, cars, ex-wife, illness, death & funeral

Bob Mabena has his real name as Kgomotso Bob Mabena. He was born in a village named Atteridgeville, Pretoria, Gauteng in  South Africa.

Bob was a renowned radio and TV personality, he has hosted shows on some known stations like Khaya FM, Metro FM POWER 98.7 and Highveld Stereo.

The late South African began his career in the year, 1989 and he started up then at Republic of Bophuthatswana with Radio Bop which is currently not functioning.

He was later hired by Koos Radebe who was the Radio Metro station manager to anchor on the national Radio station named Metro FM. He spent some years at the North West, there he went into TV host, that was before he was recruited by Koos Radebe.

The late TV host was actually a simple person, his proceeds as a media person had made him a modest amount of fortune but chose to live a simple life.

You want to know how old Mabena was before he died? Bob Mabena was 51 years old. He was given birth to on 26th July 1969.

Like we earlier stated, he was hired by Koos Radebe who was then the manager of Radio Metro station. There he presented a number of shows like Studio Mix and Pick a Tune. He switched to 94.7 in 1996 for a morning host and also assisted in managing the station.

Three years later, he was employed by Kaya FM as their program manger and morning presenter as well. He was subsequently promoted to the office of the manager at the Primedia business development (Group level), he held that office for two years and 6 months.

From 2007 to 2009, he was with SABC as the exec. manager to the local radio station, then he was in control of some stations like 5FM, GoodHope FM and Metro FM.

He later went back as presenter for Kaya FM’s breakfast show, there we was asked to manage Heart FM together with Gagasi FM as the director of the MRC Radio.

In 2010 he started a radio consultancy which he called EndowMedia, this was as he was still working with KAYA FM. He coached and managed aspiring TV and radio presenters from 2014 to 2015.

In 2017 he resigned from KAYA FMand started to work with MSG as the head of the station’s programing, also Power 98.7 made him the station manager with in same year.

Bob Kgomotso Mabena was married to his sweetheart Eucharist Hadebe back then in 2015. A year after in 2016, the duo was honored with a male baby.

He also has two daughters with Zandi Nhlapo and their names are Clementine and Sihle.

Mabena in his life time married two women, Zandi Nhlapo who gave birth to two girls and also Eucharist Hadebe who bore him a baby boy.

Eucharist Hadebe is a South African, she is a hardworking and the current lover and wife of the late celebrity. She also is the founder and director of Hai Cosmetics Ltd (Pty), she also acts as the Office Manager and HR for MRC Management Services.

Zandi Nhlapo was initially married to Ralph Zikalala and after eight years their marriage ended. Then she moved on with Bob Mabena.

Troubles started between Zandi Nhlapo and Bob Mabena after Mabena and his new babe Eucharist, went to Pallazzo restaurant without knowing that Zandi was dining there.

Zandi walked to them and accused Eucharist of trying to take her man away from her. The two later filed charges charges (assault and harassment) against themselves.

Mabena was with Eucharist Hadebe before his death.

Bob is not really a person of exotic cars.

His last vehicle which he acquired was a BMW 650i!, he also has made his love for Mercedes GLE known and had also done a commercial for the auto company.

At 48 years of age, he was sick and was later diagnosed with an illness that was said to be life threatening, then he was asked to exercise a lot and maintain a very healthy diet.

He later revealed that he loved to go to the theatres and polo matches than just going to gym.

Bob Mabena in the afternoon of 10th of August 2020 gave up the ghost in a hospital at Johannesburg, Gauteng South Africa. It was revealed that the major cause of death was cardiac arrest. Power FM later confirmed his cause of death.

Memorial service has been held for him at the offices of Power FM this past Thursday, his work colleagues and many family members including his daughters were present to pay tribute to him who is also known as ‘The Jammer’.

Bob Mabena was later cremated on August 15th (Saturday) in Pretoria, after a befitting funeral service was held in his memory.

Some of the nominations and awards by The Jammer.

Stay with HiphopAfrika for more updates.