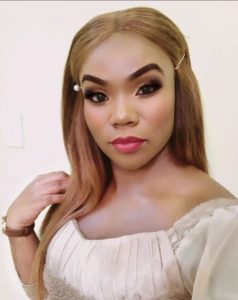 On this page we have some information about Sebenzile From Imbewu, like her Real Name, Biography, Age, Net Worth etc.

Sebenzile From Imbewu’s real name is Mabusi Shezi, she a South African and a prolific actor, she currently has a major role in one of the leading movies in the indutry.

Mabusi Shezi who also is known with Sebenzile is also a singer, but her part in the movie, Sebenzile on Imbewu has overtaken her life as a singer.

She tool soapville by storm and has become a household name to the fans and lovers of the Imbewu lovers.

Like we stated, she has made her mark in the music industry, but her acting game is top notch. Check more information about Mabusi Shezi Real Name, Biography, Age, Children, Instagram Pics, Songs, Net Worth, Trendy Outfits, Imbewu etc.

How old is Sebenzile? By mere looking at her, she looks late 20s but really? Black is beautiful you know. The actress actually celebrates her birthdays on every September 1st and as at 2020 she is 35 years of age.

She is indeed blessed with a celestial voice. Mabusi is a Joyous Celebration singer who also does magic while acting her wonderful role on Imbewu was flawlessly carried out.

Does Sebenzile From Imbewu Have Children

Yes, she has a son whose name we do not know at the moment.

The joyous celebration singer dropped a few couple of songs and featured in some other from from 2018 through 2019 and they include:

Sebenzile From Imbewu aka Mabusi Shezi Net worth 2020?

Her singing career is really at the top of the roof and she makes some money from her social, also combining the fact that moneys coming in from Amazon and Apple music can not be over looked.

She usually shows her boots, without the full the view of her BMW 320d worth R649 253. Shezi really has a good eye for cars.