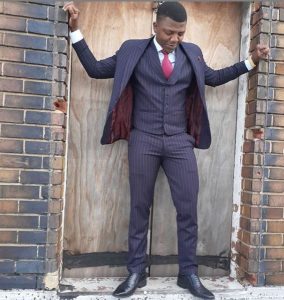 For our TV Drama series lovers, we have a popular figure, Nkululeko From Imbewu whose name is Nkanyiso Mchunu; his Biography, Age, Net worth etc.

Nkanyiso Mchunu is a South African TV personality and actor who became popular when he starred in the etv’s Imbewu drama series. On the movie he played the role of Nkululeku which he handled extremely well, hence the love he gets from his fans.
By rating, we believe that an average TV lover would grade the male actor as an excellent and A-level actor.
Though he has not really given facts about his oersonal life, but we have been able to gather as little as possible facts about the South African male actor.
There have been many assumptions about the entertainer, how ever we have some of our own theories about him.

Nkanyiso aka Nkululeku celebrates his birthday every 14th of July

His first debut n Tv as an actor was when he appeared as Sizwe on Muvhango, again he landed another gig on Ingozi and later starred in sitcom Skwizas.
Before his ABSA commercials. he seem to have gotten himself a role in Soul City.
Nkululeku has been in some popular adverts in South Africa, like MTN before getting himself a role in Imbewu back in 2019.

For any one who might be interested, his page on Instagram has this to say,” Above all I’m a father, a son, future husband and a “damn good” artist.”
Even though he does not show off his fiancée, Mchunu does not hesitate to show off his son child.

Well, so far, the young entertainer has been doing so well for himslef and has kep his money rolling in.
We have pinned his net worth estamation to be at $80,000. He makes good amount of money from his modelling gigs and acting.

Stay with us on HiphopAfrika.